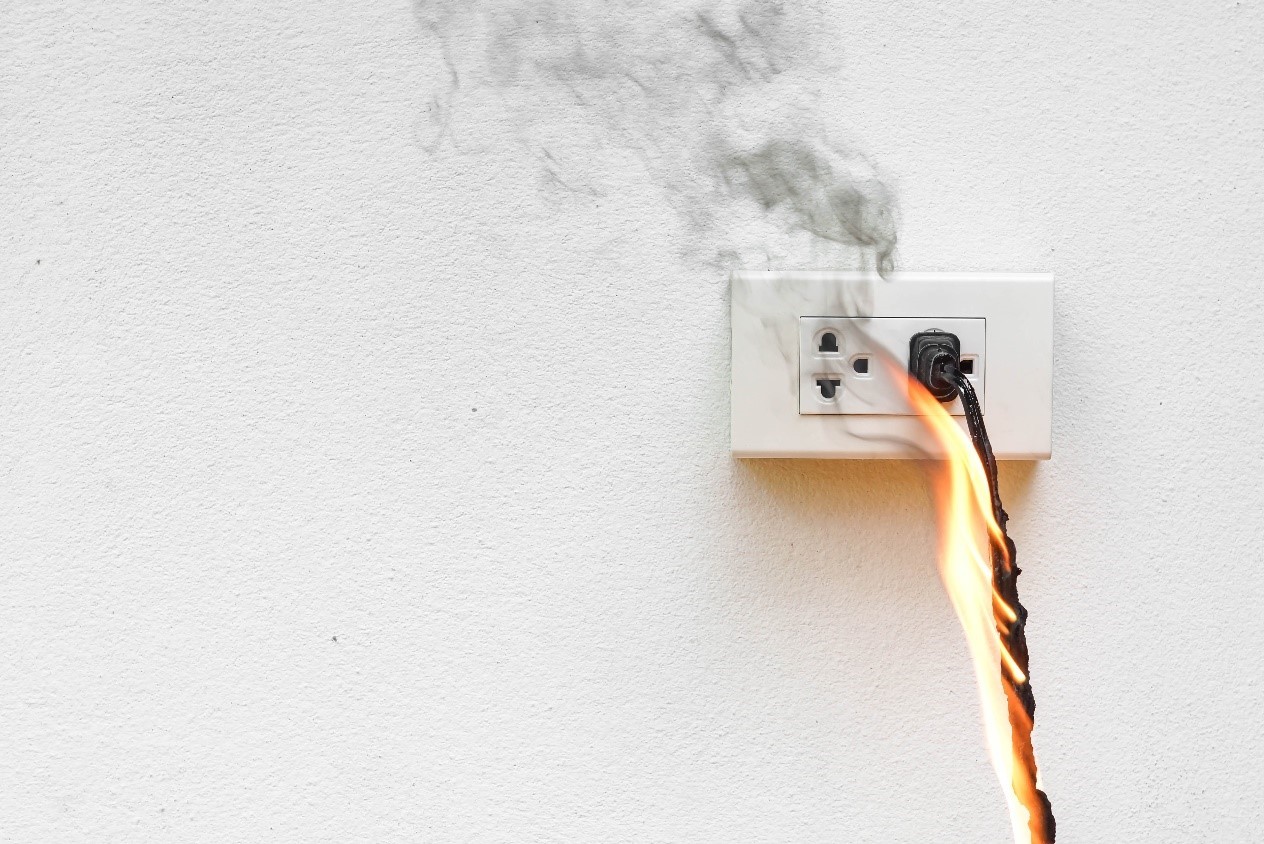 What is a Short Circuit?

The term “short circuit” is one that even people outside of the field of electricity are surely familiar with. We’re all warned as children not to put our fingers or a fork near an outlet, lest we risk causing a short circuit. But what exactly is a short circuit? The answer isn’t so straight-forward. There are actually multiple different types of short circuits! But luckily, protecting against a short circuit is quite easy, whether you’re at home or on the job site.

Often, the phrase “short circuit” is used as an umbrella term to refer to any problem with wiring within an electrical circuit. What truly happens within a short circuit is a bit more complicated. In a normal electrical circuit, there is a specified pathway through which the electricity is intended to run, called a closed circuit or a “loop.” When some object or material gets into the circuit and presents a shorter pathway for the electricity to complete the journey, a short circuit occurs.

Let’s present the classic example of sticking a knife into the toaster to retrieve a piece of bread that’s stuck. The toaster is wired to move energy throughout the heating element. But when the metal knife is introduced, the energy is rerouted through the knife instead of the closed loop of the circuit. The current finds it easier and faster to travel into the knife as opposed to the longer flow of the closed circuit. Of course, the current flows through the knife to then impact the person who is holding the utensil, which is where the potential danger comes in.

What Causes a Short Circuit?

Short circuits have a variety of causes, but there are three primary culprits: faults in the appliance’s wiring, faults in the insulation of the circuit wire, and loose wire connections.

Wiring faults in either an appliance or in the circuit itself can potentially cause a short circuit. Appliances can develop short circuits internally over time or if they get broken. Some smaller devices can be rewired by the user, but bigger appliances like dishwashers need to be inspected by a professional. Insulation in one’s home or workplace can also get damaged or simply suffer from old age, making it more susceptible to a short circuit.

Even if a device or circuit is not old or damaged, the attachments of the wires might become loose. In these scenarios, there is a greater possibility for live and neutral wires to come into contact with one another and cause a short circuit. The repair of these situations should certainly be left up to a professional.

There are two different types of short circuits to be aware of: the broad term of “short circuit” and the more specific term of “ground fault.”

“Short circuit” typically refers to a scenario in which a hot wire (one carrying a live current) comes in contact with a neutral wire (carrying no current). There’s instantly less resistance, so the current takes its shortcut, often resulting in sparks and sometimes flame and smoke.

A “ground fault,” on the other hand, is a more precise version of a short circuit. Here, the hot wire touches a portion of the system that is grounded (essentially, something with direct access to the ground). These situations still cause a quick decrease in resistance and can carry a large risk of shock, though fire is not as common.

Dangers of a Short Circuit

When we typically think about a short circuit, we might imagine someone getting shocked or perhaps having to deal with a small kitchen fire. But the potential implications of a short circuit can be much worse than that, especially on a worksite. In a short circuit, currents start to flow in places where they simply aren’t meant to be, which means there are no protective systems or devices in place.

Even if there are protective devices in place, if a short circuit is big enough, the huge amount of energy released can lead to an explosion in the worst circumstances. Not only is there a risk of damage to your property and home or workplace, but there’s the potential for serious harm to the people nearby.

How to Protect Against Short Circuits

Perhaps the most obvious way to protect against a short circuit is with a circuit breaker. Circuit breakers are essentially standard these days, but in homes built before the 1960s, these devices weren’t as common. Be sure your home or workplace is equipped with a properly working circuit breaker, which can help to cut off the circuit’s connection if a short circuit should occur.

Ground-fault circuit interrupters (GFCIs) and arc-fault circuit interrupters (AFCIs) can also help protect your establishment against short circuits. GFCIs are quite common, as ground-fault protection became mandated by electrical codes in the early 1970s. These devices work in much the same way as circuit breakers but are more sensitive and can work more quickly to eliminate a threat. AFCIs weren’t commonplace until the late 1990s; these devices can essentially detect when electricity starts to jump between contact points (typically in the case of a loose wiring situation) and shut off the power before a short circuit ever even occurs.

What is a Short Circuit Study?

Particularly in the workplace, it’s important to try to eliminate the threat of a short circuit before it ever starts. The easiest way to identify and handle these potential situations is by having a short circuit study (sometimes also called a “short circuit analysis”). These studies will help an electrical professional to see where there may be the potential for short circuits within your electrical system, repair any faults that might escalate if left untouched, and increase the overall safety and reliability of your systems and workplace as a whole.

Mark Thomas & Associates Electrical Engineers (MTAEE) is happy to serve California and the West Coast with our thorough short circuit analysis service, along with other studies and power system evaluations that can help you keep your facility or workplace safe.

Contact us today to learn more or to inquire about our services.